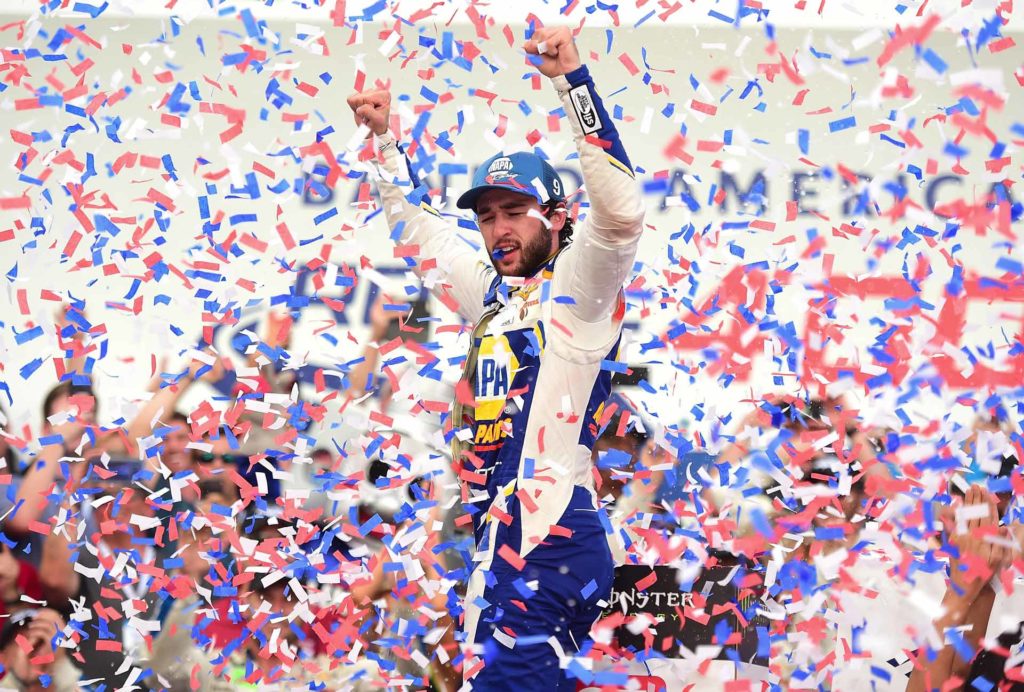 Chase Elliott battled back from a late-race incident in Turn 1 to win the Bank of America ROVAL 400 at the Charlotte Motor Speedway Road Course. The victory is Elliott’s third of the 2019 Monster Energy NASCAR Cup Series season, and sixth career win.

From the lead on a restart on Lap 66, Elliott overshot Turn 1, known as “Heartburn Turn,” crashing nose-first into the wall. The No. 9 Hendrick Motorsports machine received minimal damage to the front of the racecar. With track position playing a key factor in the race, it appeared Elliott crashed away an opportunity to win the Bank of America ROVAL 400.

“Definitely at the time I thought we were done for sure – obviously just a really stupid mistake,” said Elliott during his press conference after the race. “If there ever is a notebook of things not to do, that should be number one,” continued Elliott.

Even after the crash, Elliott’s car maintained speed and the 23 year old driver from Dawsonville, GA drove through the pack as the laps wound down. A series of late-race cautions allowed Elliott to reach the leaders and pass Kevin Harvick for the lead for the final time on Lap 104 on his way to victory.

“Did ya’ll like that?” Elliott asked the crowd after winning the Bank of America ROVAL 400 in Charlotte.

Elliott’s Hendrick Motorsports teammate Alex Bowman finished 2nd, advancing to Round 2 of the Monster Energy NASCAR Cup Series Playoffs. A nail-biting finish saw Ryan Newman miss the backstretch chicane in the final laps, eliminating the Roush Fenway Racing veteran from the playoffs. Aric Almirola, Kurt Busch and Erik Jones were the three other drivers eliminated from the playoffs after the ROVAL.

Round 2 of the MENCS Playoffs features Dover, Talladega, and Kansas. Talladega is a wildcard and is bound to shake up the playoff picture if a “Big One” strikes.

Playoff driver Martin Truex Jr. won the Spring race at Dover International Speedway earlier this season, while Brad Keselowski won the first race this season at Kansas Speedway. Notably, Alex Bowman finished 2nd in both of those races. The second round begins this Sunday at The Monster Mile in Dover.

Here is the playoff grid heading into Round 2: https://www.nascar.com/standings/monster-energy-nascar-cup-series/ 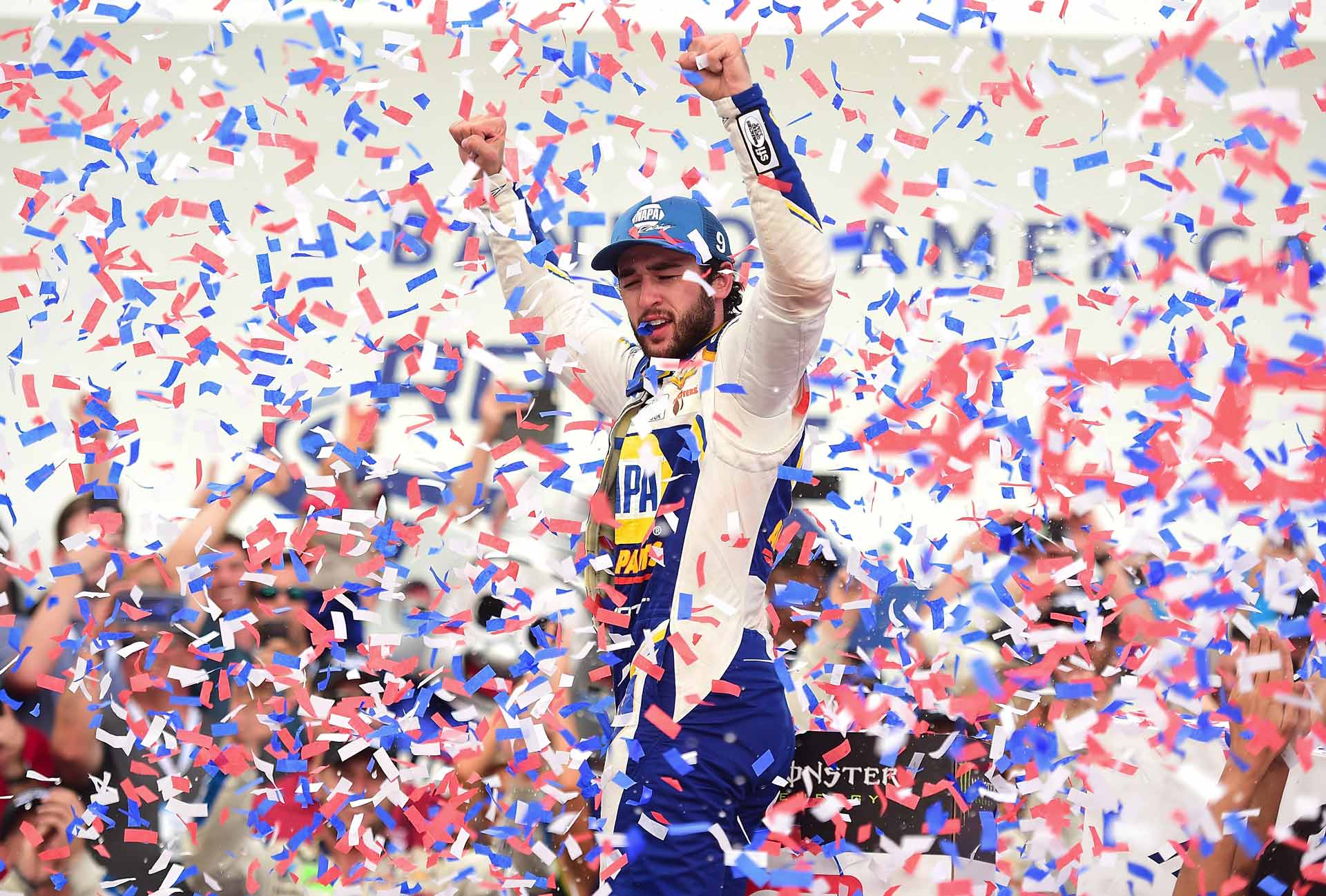