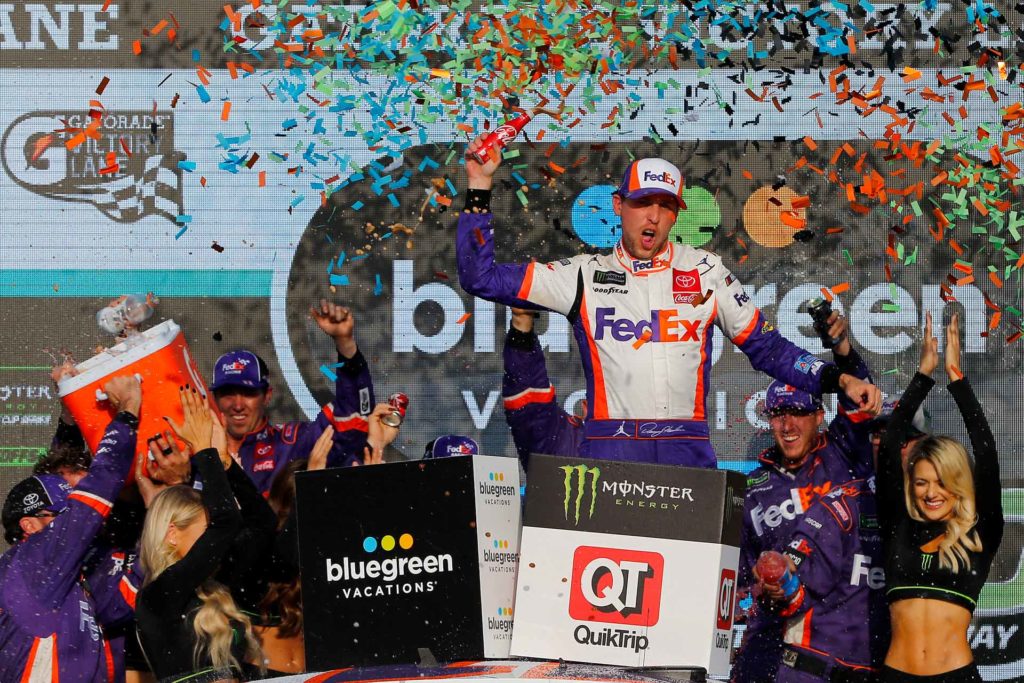 After entering the race with his back against the wall, Denny Hamlin rose to the occasion to win the Bluegreen Vacations 500 at ISM Raceway on Sunday. The victory locks Hamlin and the No. 11 Joe Gibbs Racing team into the championship finale at Homestead-Miami Speedway this Sunday.

A spin the previous week at Texas Motor Speedway placed Hamlin in a 20+ point deficit entering Phoenix. The Fedex Racing driver responded by leading 143 of 312 laps to earn the checkered flag and advance to the final round of the Monster Energy NASCAR Cup Series playoffs.

“It’s more on my shoulders with what happened at Texas,” said Hamlin after winning the Bluegreen Vacations 500. “I knew that we needed to win, but I knew right from the drop of the green that we had the best car,” continued Hamlin.

With the victory at ISM Raceway, Hamlin now has six wins in the 2019 MENCS season, his second most wins in a season only to 2010, where he won 8 times.

With ISM Raceway in the rearview mirror, the final four championship contenders are set to do battle one final time this Sunday at Homestead-Miami Speedway.

Joe Gibbs Racing is a juggernaut in the Monster Energy NASCAR Cup Series in 2019, placing three of four cars into the final four entering Homestead. JGR has combined for a total of 18 of the 35 completed races this season. Hamlin, with his win at ISM Raceway, joins teammates Martin Truex Jr. and Kyle Busch, who will all compete against each other, as well at Stewart-Haas Racing’s Kevin Harvick this weekend in Miami.

“It’s a thrill to be a part of this, it was just an awesome day for us,” said team owner Coach Gibbs after the Bluegreen Vacations 500.

The Ford Ecoboost 400 at Homestead-Miami Speedway kicks off on Sunday, Novbember 17th at 3pm EST on NBC. 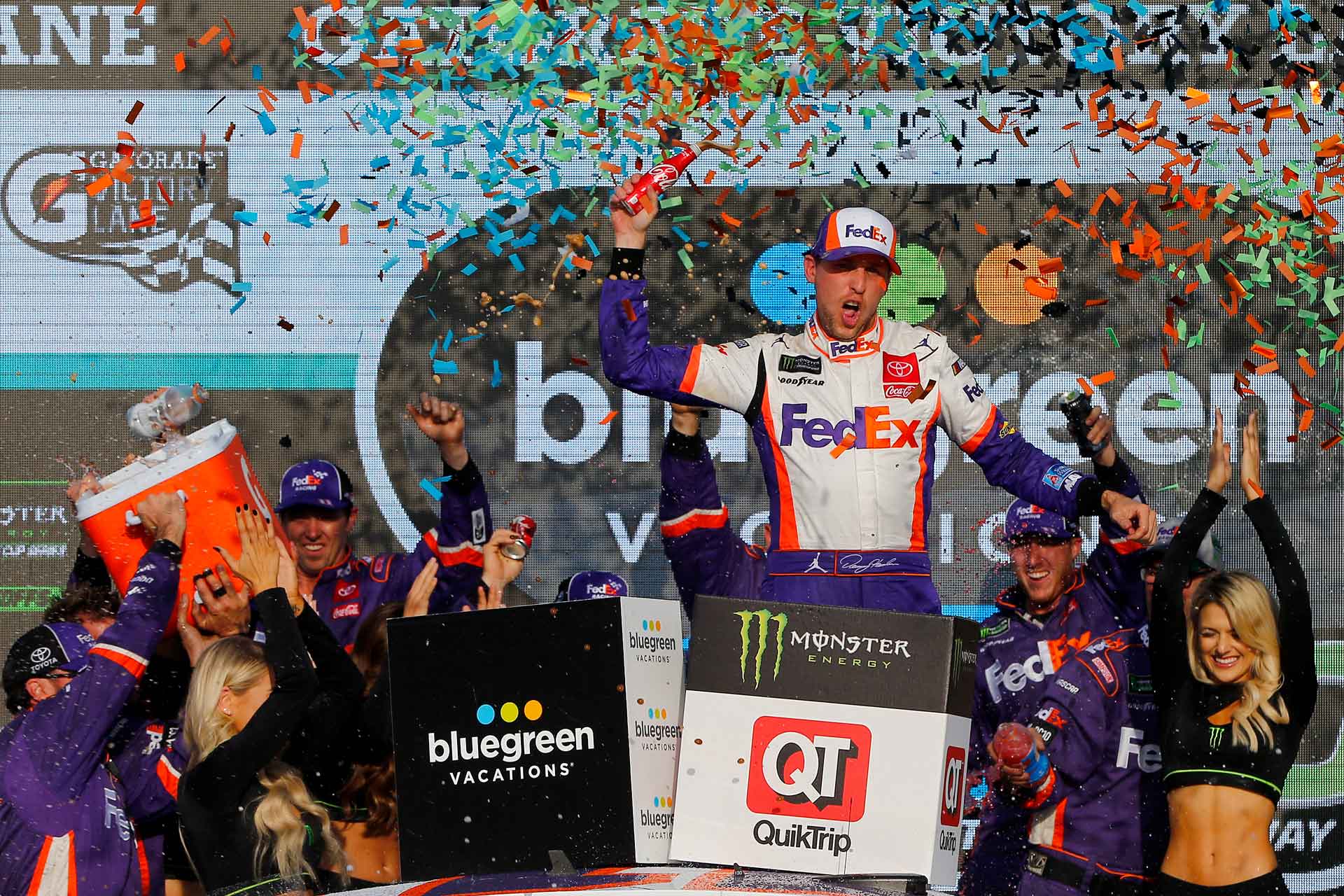