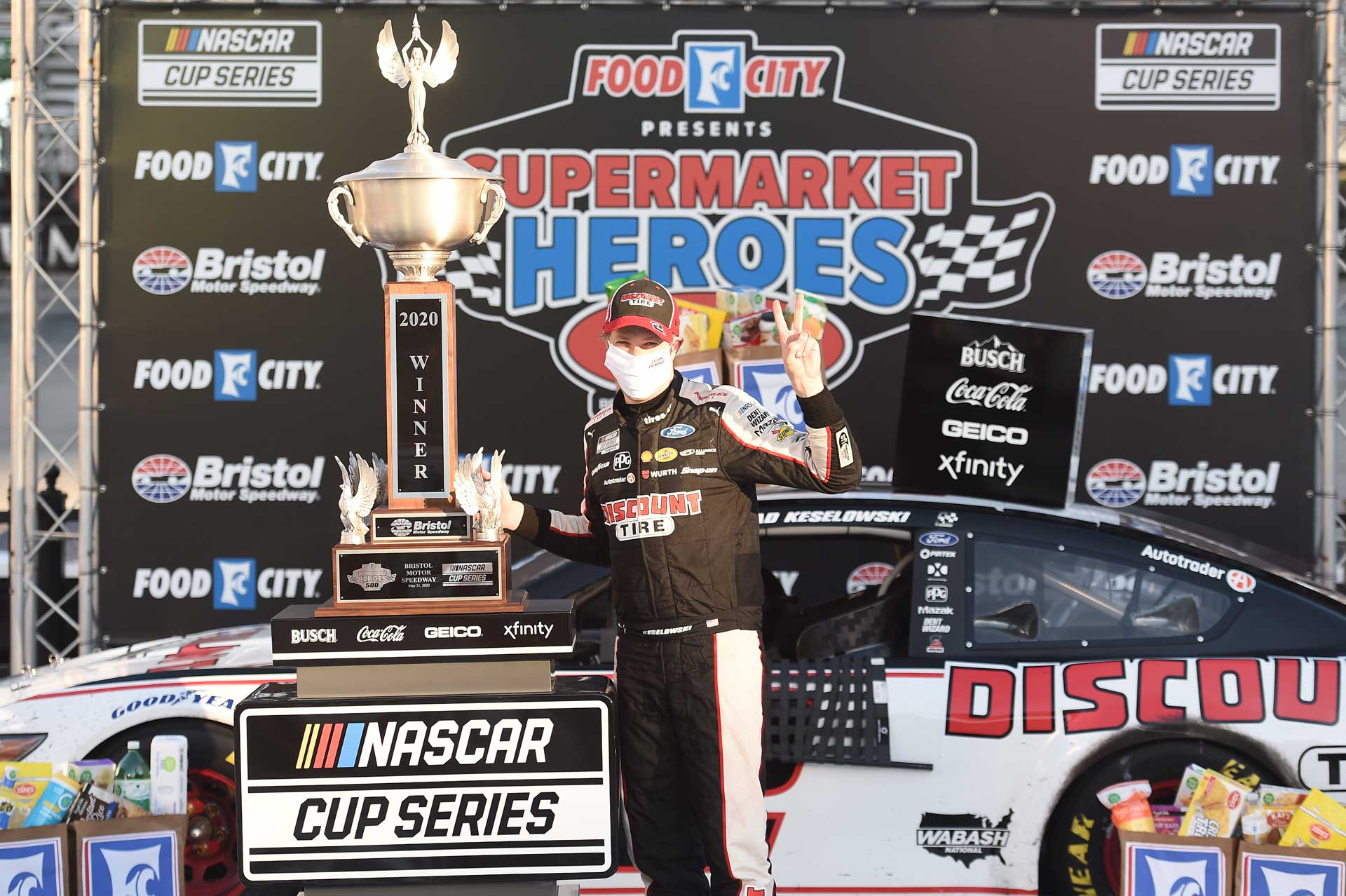 A thrilling finish in the Supermarket Heroes 500 saw Brad Keselowski come out on top to win the 500 lap race at Bristol Motor Speedway.

A three car battle for the win was heating up with less than 10 laps to go before Denny Hamlin got loose up high from the lead, sliding down and crashing with B.J. McLeod. This placed Chase Elliott in the lead ahead of Joey Logano, who restarted on the inside with two circuits remaining. Keselowski restarted right behind the two leaders.

Logano passed Elliott on the restart on the bottom. Elliott attempted to battle back and lost it entering the corner, sliding up and crashing both himself and Logano into the outside wall.

The No. 2 team came out on top to win the Supermarket Heroes 500 in Bristol, Tennessee.

“I think everyone on this Discount Tire Ford Mustang is going to go to Vegas, is it open yet?” said Keselowski after winning Sunday afternoon.

The victory is Keselowski’s second of the 2020 NASCAR Cup Series season, capitalizing on the misfortune of Elliott in both the Coca-Cola 600 and yesterday’s race in Bristol.

Logano and Elliott wonder what could have been

Both Logano and Elliott drove their wrecked racecars to pitroad after completing the race. The two quickly went over to discuss the incident.

“He wrecked me.” said Logano during his interview on pitroad. “The part that’s frustrating is a simple apology afterwards, be a man and come up to someone and say hey, my bad. But I had to force an apology,” continued Logano.

The Supermarket Heroes 500 featured the new short track package introduced in the 2020 NASCAR Cup Series season. The package features less downforce with a reduced splitter and spoiler size. The 500 lap race in Bristol proved the cars were harder to handle, making for exciting racing throughout the event. The race saw 17 cautions for 102 laps and 21 lead changes between 7 drivers.

The NASCAR Xfinity Series stars are set to go to battle at Bristol Motor Speedway Monday night at 7pm Eastern Time in the Cheddar’s 300.