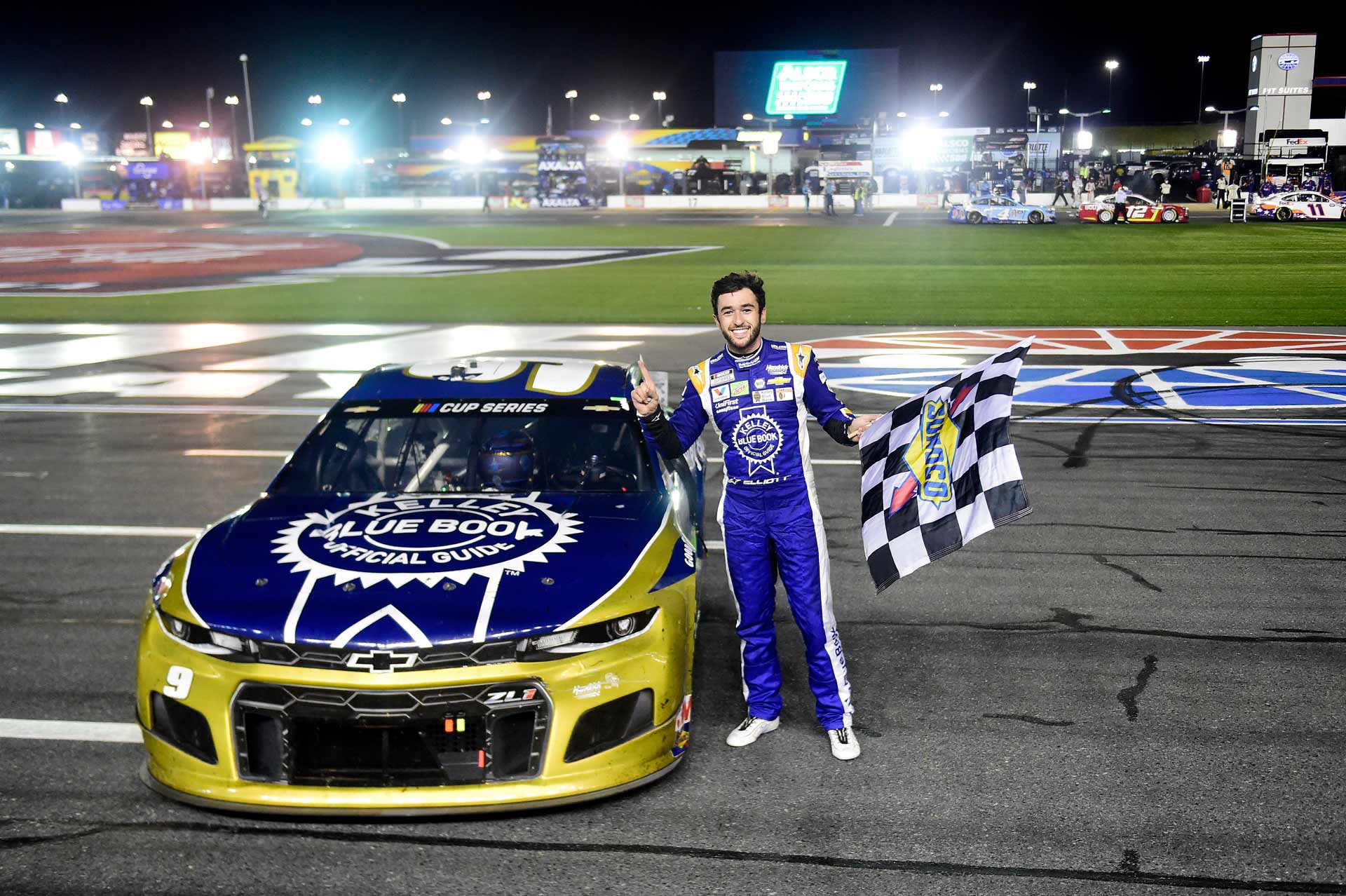 After coming within laps of winning the last two NASCAR Cup Series races, Chase Elliott finally parked it in victory lane Thursday night in the Alsco Uniforms 500 at Charlotte Motor Speedway. Elliott motored past Kevin Harvick in the final green flag run and sailed to the checkered flag, claiming his first win of 2020 and 7th career victory.

“It feels awesome,” said Elliott after winning last night’s Cup race. “Man, it’s a tough week for sure. We’ve had some tough losses, but that deal on Sunday night was a heartbreaker,”  continued Elliott.

The win also brings a sigh of relief for the No. 9 Crew Chief Alan Gustafson after Sunday’s decision to hit pitroad in the final two laps of the Coke 600.

“That situation, there’s a lot of factors that play into it,” said Gustafson speaking on the Coca-Cola 600 call to pit. “I let struggles earlier in the race influence me probably more than I should have, and it didn’t work out.”

After wondering what could have been for the past week in the Cup Series, the driver from Dawsonville, Georgia now has won the last two NASCAR races after winning the Gander RV & Outdoors Truck Series on Tuesday night.

Hendrick Motorsports is piecing together strong runs week after week and now have two victories in 2020. Teammate Alex Bowman was once again in contention and battling Harvick for the lead before getting loose and slapping the outside wall, ending the No. 88 team’s bid for victory last night.

Jimmie Johnson, who finished 2nd in the Coca-Cola 600 before failing inspection and being disqualified, had a quiet race on Thursday finishing 11th. Teammate William Byron finished one spot behind in 12th.

Hometown fans in Dawsonville, Georgia were left to wonder “what if” following two Cup race disappointments. However, it is safe to say the Dawsonville Pool Room bells are ringing once again for hometown driver Chase Elliott.