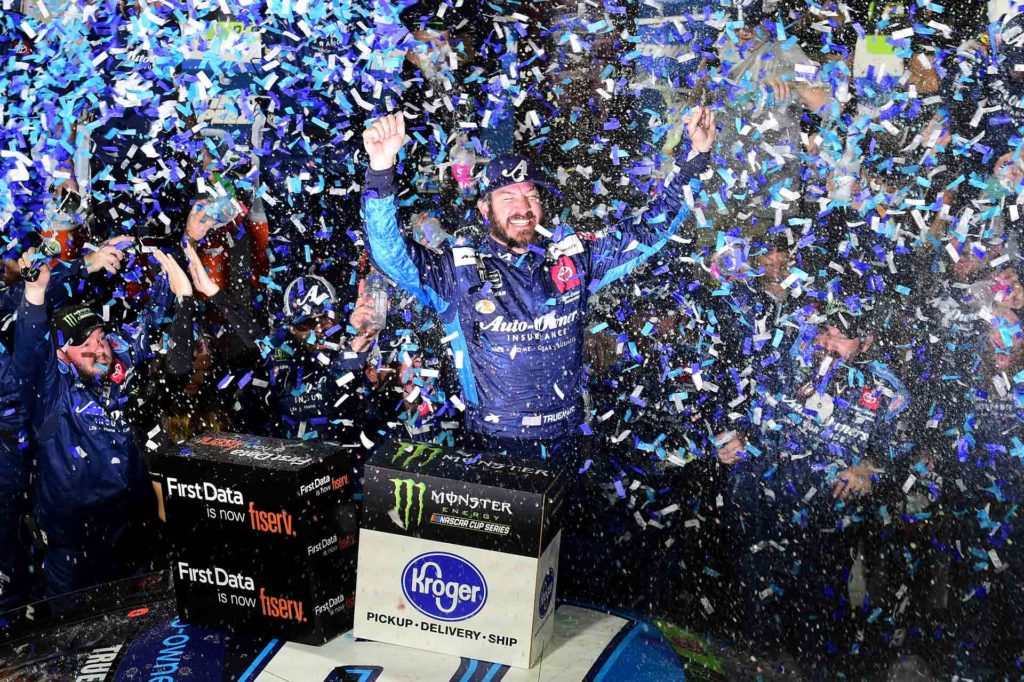 Truex Jr. raced past teammate Denny Hamlin on lap 31 to take the lead and proved dominate throughout the 500 mile race. The 2017 MENCS Champion earned his third short track win of the season, and 26th career victory.

The No. 19 JGR team now has 7 wins in 2019, with two teammates Hamlin and Kyle Busch behind with 5 wins and 4 wins respectively. Earning the victory at Martinsville removes all pressure from Truex Jr. and the team in the Round of 8, and allows sufficient time to prepare for the championship race on November, 17th in Homestead.

“I wanted to win this race (at Martinsville), it has been so tough for me – while Homestead is awesome, to stand here today, to win here and take home that grandfather clock is even bigger to be,” continued Truex Jr.

Contact on the track between Denny Hamlin and Joey Logano led to an altercation following the race between the two drivers. With less than 50 laps remaining, Hamlin pinched Logano into the outside wall on the front stretch, causing Logano to blow a tire and spin out the following lap.

“It’s pretty frustrating, he came off the corner like there wasn’t a car on the outside of him,” said Logano in the garage. “It ruined our day and a shot to win.”

Chase Elliott’s championship hopes took a hit on pitroad after another mechanical failure forced the No. 9 team behind the wall early in the race. The Hendrick Motorsports driver now sits 44 points behind the cutoff for the final four. 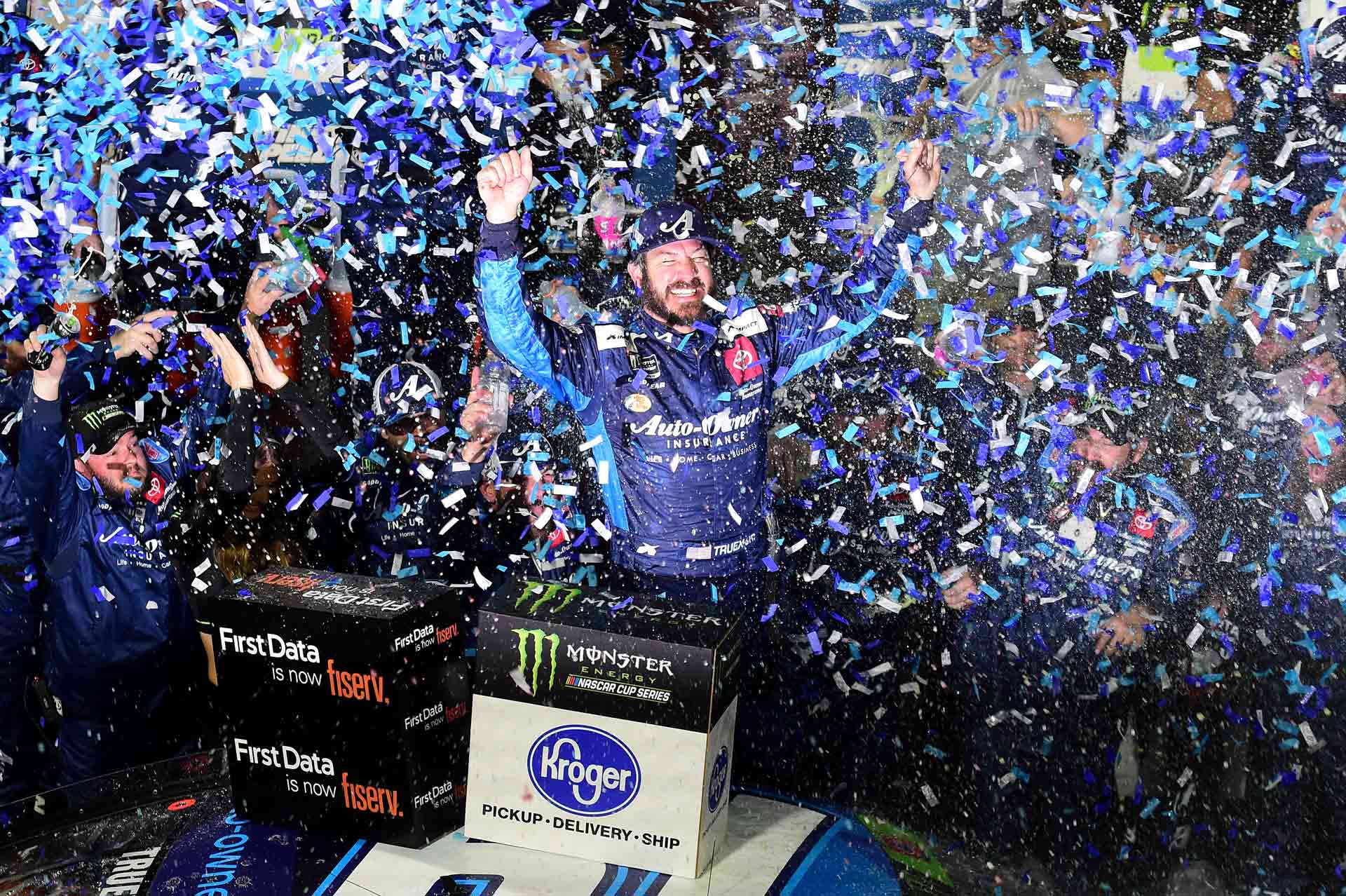 Article Name
Truex Advances to Finale with Win in Martinsville
Description
Martin Truex Jr. led 464 of 500 laps to win the First Data 500 at Martinsville Speedway, and will compete for the championship in Homestead.
Author
Jason Karlavige
Publisher Name
Speedway Collective