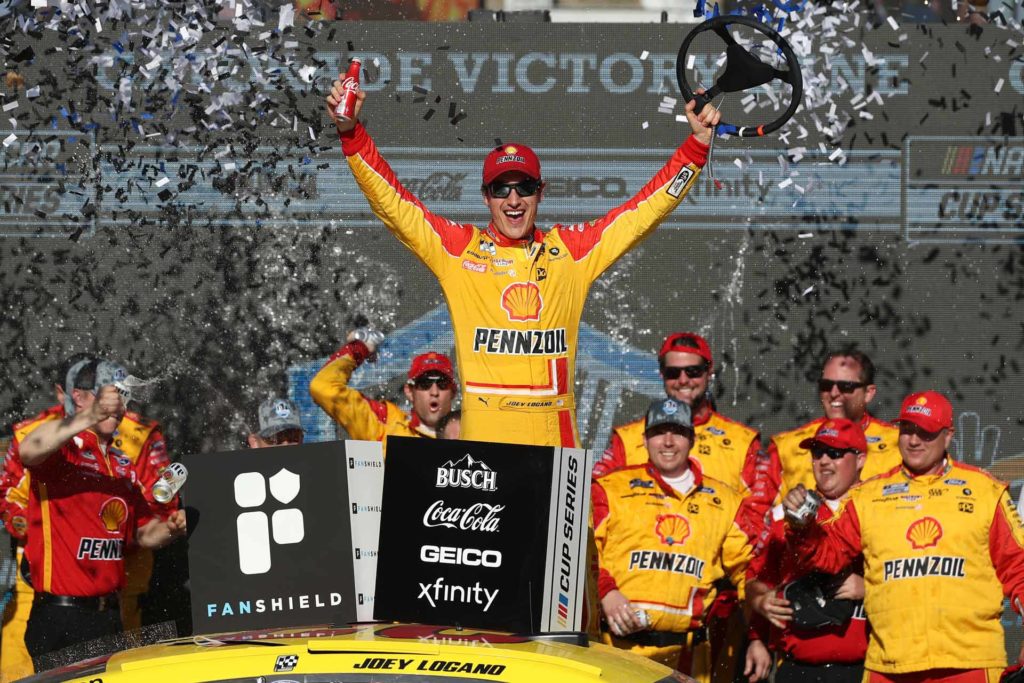 Joey Logano held off a hard charge from Kevin Harvick to win the FanShield 500 at Phoenix Raceway. The victory is Logano’s second of the 2020 NASCAR Cup Series season.

Logano held off a collection of drivers during a green-white-checkered finish to win at the one mile racetrack in Phoenix, Arizona.The 2018 NASCAR Cup Series Champion led 60 of the 316 total laps in the FanShield 500. Strong pit stops at the end of the race provided Logano track position on the final restarts, as he was able to hold off the competition.

During the offseason, Team Penske swapped crew chiefs for all three drivers, pairing former Brad Keselowski crew chief Paul Wolfe with Logano for this season. The shakeup has paid off for the No.22 team thus far, winning two of the three races on the west coast swing.

“I feel like Paul (Wolfe), I and the engineers have an open line of communication which has been nice – I think that is what’s made us strong so far,” said Logano in the media center after winning the FanShield 500 at Phoenix Raceway.

Phoenix Raceway marked the debut of the new short-track package for the 2020 season. The new package includes less down force with a much shorter spoiler, moving down from 8 inches to 2.75 inches and adjustments to the splitter for short tracks and road courses this season.

“Hats off to NASCAR for collaborating with the teams, tracks and all to putting on a way better race than what  we saw here last year,” said Logano on the new short track package debuting at Phoenix. “The smaller spoilers allowed us to race. A softer tire had more falloff, and the awesome sauce (referring to PJ1) threw an extra wrench into the race,” continued Logano.

The FanShield 500 featured 20 lead changes among 7 drivers, up from 17 lead changes among 6 drivers in this race last season. Chase Elliott led the most laps at 93, but a loose wheel forced the Hendrick Motorsports driver to pit from the lead during the race. Tyler Reddick impressed many with his strong run at Phoenix, working his way up to fourth position before a flat right front tire sent him into the wall ending his day early.

With the west coast swing complete, the NASCAR circuit heads east to Atlanta Motor Speedway for a weekend full of racing. The NASCAR Gander RV & Outdoors Truck Series and NASCAR Xfinity Series take part in a doubleheader at the 1.5 mile racetrack in Hampton, Georgia on Saturday, with the Cup Series competing on Sunday. 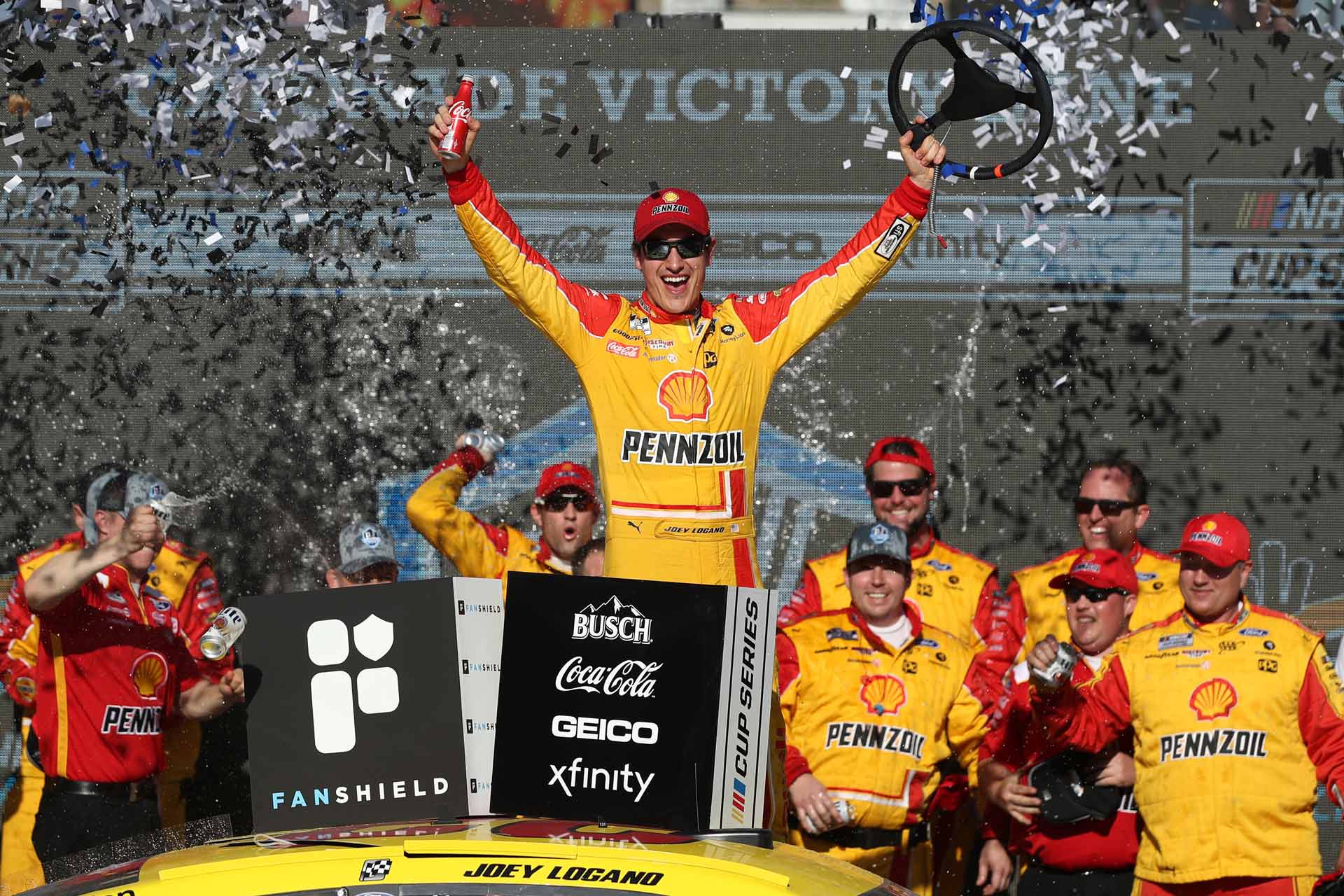