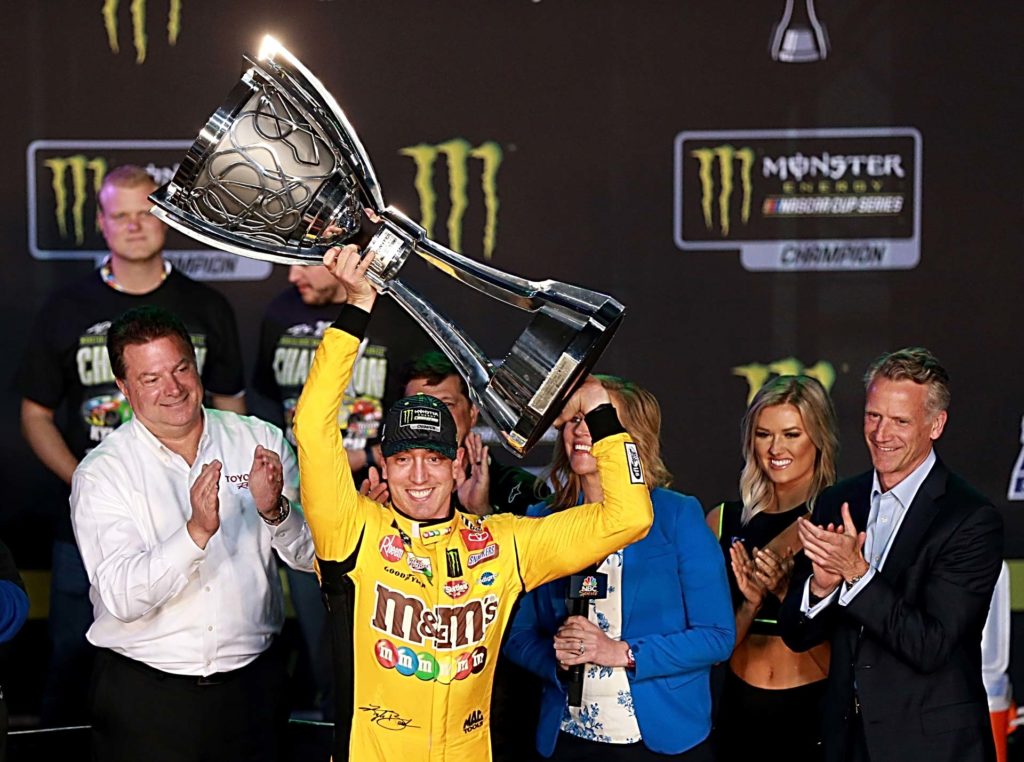 Busch and crew chief Adam Stevens earned their second MENCS title, with the first coming in 2015. The Joe Gibbs Racing team led 120 of 267 laps in the Ford EcoBoost 400 to secure the title.

After 10 months and 36 races throughout the season, the championship comes down to what team can make the right calls to put their driver in position in the closing laps to win the race and lock up the title.

“We prepare as hard as we can prepare, and do everything that we know how to do to be ready for this moment,” said Busch after winning his 2nd MENCS championship. “We’ve been pretty stout here with fast racecars, and I thank Adam (Stevens) for that.”

The 400-mile race featured only three cautions for 15 laps, with only one caution for a spin on lap 138. Stevens and the M&M’s Toyota Racing team were flawless on pitroad while others faltered, propelling Busch into the lead through successful green flag pitstops.

“It takes a lot of things to go your way to win a race,” said Crew Chief Adam Stevens after winning the championship. “One of those things that has to go your way is you can’t make any mistakes.”

It was a banner year for Joe Gibbs Racing in 2019, winning a total of 19 races between it’s four drivers. Kyle Busch won five races on the season, with the most important one coming Sunday night in Homestead.

While Kyle Busch celebrated on the frontstretch with his team after winning the championship, the other three title hopefuls saw their championship aspirations dashed late in the Ford EcoBoost 400.

Martin Truex Jr. led a total of 103 laps and held the lead before a mistake by his pit crew forced the No. 19 JGR team back to pitroad a second time, after mistakenly putting the wrong tires on each side of the car. Truex Jr. was able to rebound to finish 2nd, however was unable to chase down Busch for the championship.

Denny Hamlin came into Homestead on a hot streak, winning last week in Phoenix. Late in the race, Crew Chief Chris Gabehart made a call to put tape on the front of the racecar in hopes to gain more speed to catch the leader. However, Hamlin’s car quickly began overheating on the track. The No. 11 team had no choice but to sacrifice their position and come back down pitroad a second time to remove the tape.

Kevin Harvick and the No. 4 team had a steady night without many mistakes, but never showed the speed needed to race their way towards the front. Rodney Childers took a gamble and left Harvick out on the track on old tires to gain track position. However, the strategy resulted in a 4th place finish, coming up short on another title.

Kyle Busch is now a two-time Monster Energy NASCAR Cup Series Champion, and the celebrating will continue until February when the cars hit the track for the 2020 Daytona 500. 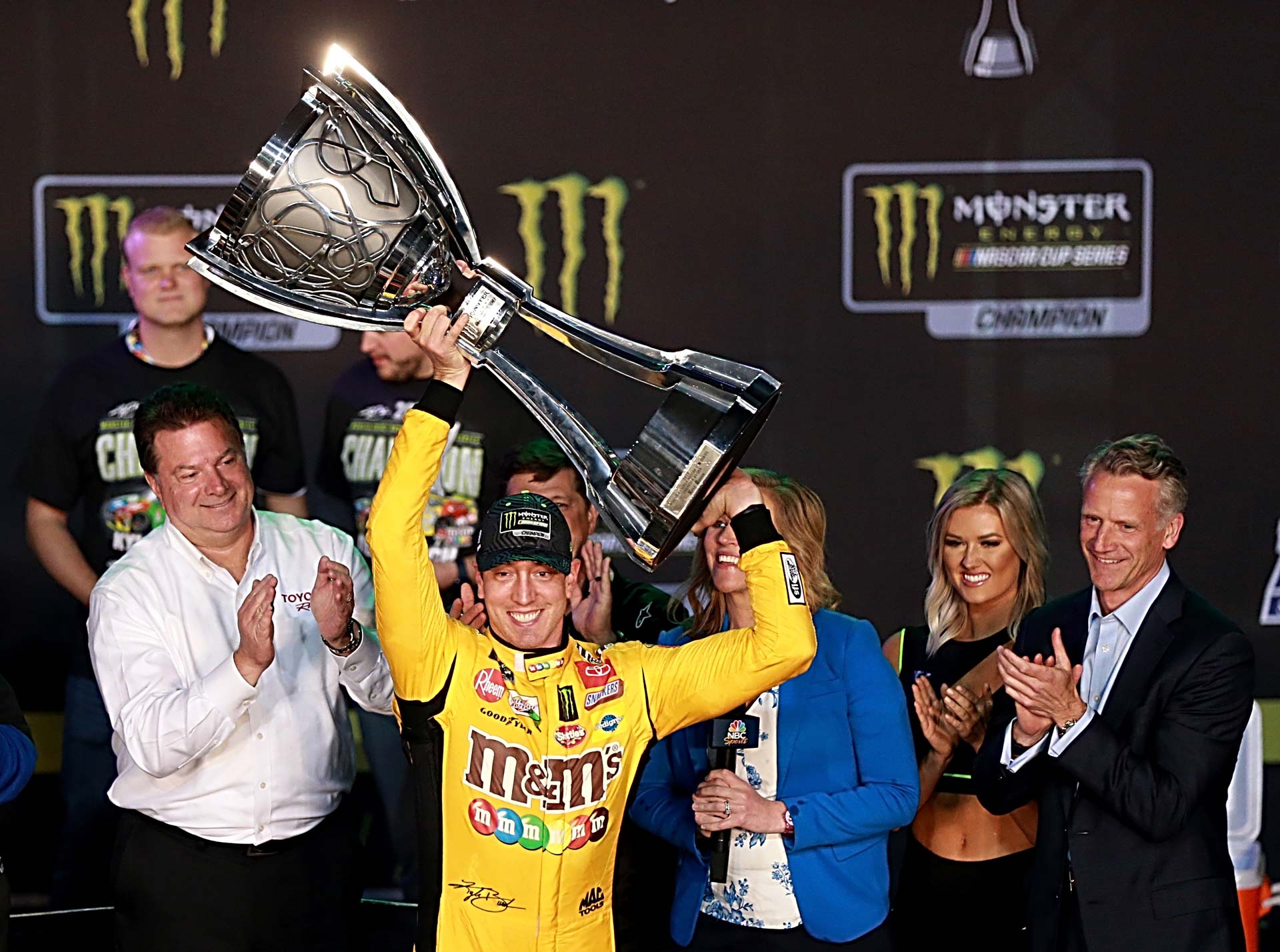